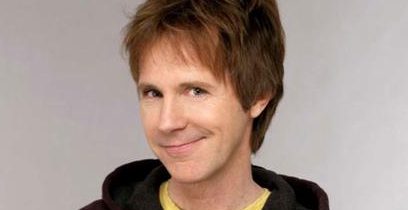 MHI is pretty “pumped” to have comedian Dana Carvey headlining MHI Industry Night at ProMat 2017 on April 5 in Chicago. For seven years, Carvey delighted audiences with such characters as the Church Lady and bodybuilder extraordinaire Hans.

Below is a video of Carvey performing 15 masterful nano-impressions, briefly imitating everyone from Donald Trump putting on Chapstick to Tony Montana enjoying a nice Thanksgiving dinner. Enjoy and make plans now to attend MHI Industry Night at ProMat 2017.

Carvey excels at impersonation. In fact, President George Bush liked Carvey’s version of him so much that he invited Carvey to perform at the White House. Here are our Top 7 Carvey characters, what are yours?

6. JOHNNY CARSON – That’s weird stuff! I did not know that!

2. HANS AND FRANZ – Hear me now and believe me later!

Tickets for MHI Industry Night at ProMat 2017 are $50 and a portion of the proceeds will go to the Material Handling Education Foundation, Inc. Plus, the door prize is a $30,000 trip of a lifetime (see official rules)!

Seats are limited for this event! Learn more and register today!