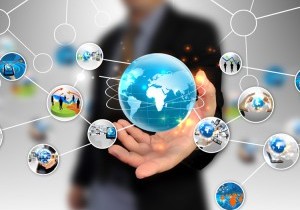 This week the environmental group Greenpeace praised Apple’s efforts to increased transparency on its suppliers and the substances used in its products. This praise came in response to Apple’s release of its 2014 Supplier Responsibility report.

“Apple’s increased transparency about its suppliers is becoming a hallmark of Tim Cook’s leadership at the company,” said Greenpeace Energy Campaigner Tom Dowdall.

“Apple has flexed its muscles in the past to push suppliers to remove hazardous substances from products and provide more renewable energy for data centers, and it is proving the same model can work to reduce the use of conflict minerals.  Samsung and other consumer electronics companies should follow Apple’s example and map its suppliers, so the industry can exert its collective influence to build devices that are better for people and the planet.”

What a difference seven years makes. Greenpeace rated Apple as “bottom of the barrel” in its 2007 green ranking of the technology industry.

Apple has made many changes in its supply chain in response to criticism of its environmental record. In 2007, Apple switched from fluorescent lamps to LEDs. Additionally, Apple phased out arsenic, Brominated Fire Retardants (BFRs) and Polyvinyl Chloride (PVC) in 2008. Apple’s has an Environment Microsite that tracks its footprint, including a commitment to using renewable energy in its data centers.

In addition, Apple has confirmed that its partners use only ethically sourced tantalum, which is a primary metal used in electronic components that can be also be mined from war-torn regions in Africa.