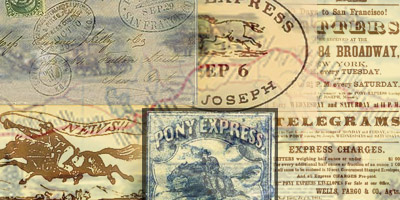 It’s National Pony Express Day on the 28th and we thought we’d highlight it because, if you think about it, it was an early form of supply chain and material handling. Hold on to your horses (pun intended) and you’ll see the parallels, I promise.

So a little background on how it got started. The founders of the Pony Express were already in the freighting business (nod, nod, wink, wink. Sound familiar?), but were looking to create a faster mail deliver solution for the US Government contract. At the time, mail was delivered using stagecoaches (think Wells Fargo) and a longer route optimized for the vehicles, but to establish a fast mail service, a short route and mounted riders was proposed, and thus the Pony Express was born. The Pony Express was one of the first unified transcontinental communications systems and demonstrated that one could be operated year round.

Supply chain operators today have extensive networks to move goods to where customers need them. These managed networks of land, sea, and air travel have nodes, like distribution centers and way stations to ensure that product is moved correctly and efficiently. The Pony Express was no different, with it’s own carefully plotted network and nodes.

The Pony Express ran from St. Joseph, MO to San Francisco, CA and was set up with stations along the ~1,900 mile long route. The route followed roughly the same trails that pioneers headed out west did (like the Oregon Trail) from St. Joseph to Salt Lake City, UT, then turned across Nevada to hit Sacramento, CA, where the mail was handed off to a steamer to its final destination. Interestingly, if you were to travel by car today from St. Joseph to Salt Lake to San Francisco, you would follow roughly the same route the Pony Express riders did.

Along the route, there were 184 stations, split into swing stations and home stations. Stations were situated on average about 10 miles apart, the approximate distance a horse can gallop before needing to rest. At swing stations, riders would simply hop off the tired mount, pull the mail bag from the saddle and hop onto the next fresh horse and be on their way, often riding about 75 miles per day. Home stations were a bit more expansive, providing room and board for riders between runs.

Just as material handlers today improve their process by innovating, like using autonomous vehicles or creating more sustainable processes, the Pony Express’ success was based on innovations made to the system. A key part of their success was the mochila they carried. Until this point, large bulky mail pouches had to be attached to saddles and took lots of time to transfer from one horse to another. The mochila, basically a leather blanket with four boxes on the sides, could simply be thrown over the saddle and removed quickly at the next station. This exponentially increased efficiency of change times, leading to the ultimate success of the Pony Express. 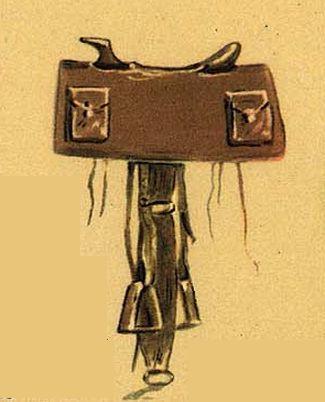 Though it was replaced by the telegraph (innovation waits for no one), the Pony Express is a cool, though romanticized part of the American West lore. But it’s also a cool look at how supply chain has always been an integral part of people far apart working together.