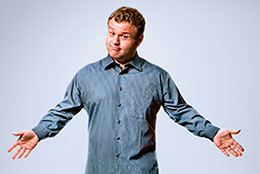 MHI will celebrate its 70th anniversary at ProMat 2015 on March 25. Join us for live music, food, drinks and entertainment by comedian and impressionist Frank Caliendo.

From his many appearances on The Tonight Show with Jay Leno, The Late Show with David Letterman, FOX NFL pregame show and now on ESPN’s Sunday NFL Countdown, Frank Caliendo has been a fixture on television for the last decade.

Tickets are $50. Ticket price will include beer, wine and hors d’oeuvres. A portion of ticket sales will be donated to the Material Handling Education Foundation, Inc. (MHEFI).