Material Handling in 2025: What Will Drive the Growth of AGVs?

New Video on MHI View: How Automation is Rising to the Challenge of Increased Customer Demand 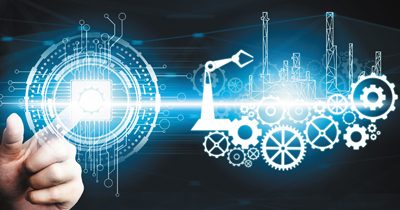 The supply chain industry experienced some “ah-ha” moments throughout the pandemic, one of them being the lack of insight into all levels of suppliers.

The effects of a worldwide pandemic accelerated a number of changes in the way that companies do business. Businesses that previously would not allow employees to work from home discovered that it was possible for work to continue with remote staff, and the use of video conference technology to replace travel to regional meetings, sales calls and even technical support in the warehouse was adopted by people who never considered it viable.

As companies plan a return to “normal” operations, some of these lessons learned will change the way business is conducted moving forward.
The supply chain industry also experienced some “ah-ha” moments throughout the pandemic. Although regional weather events and political events in countries around the world have affected the supply chain in the past, COVID-19’s global widespread effect brought the lack of insight into the supply chain into focus.

“Over the last 10 years, we’ve seen an incredible number of disruptions to the supply chain,” said Dale S. Rogers, ON Semiconductor Professor of Business in the Supply Chain Management department in the W. P. Carey School of Business at Arizona State University. Although COVID-19 affected the entire world, it was not global at the same time—it was regional but affected all regions of the world at some point, he explains. “All of these disruptions remind us how vulnerable our supply chain is.”

Supplier Visibility
One of the reasons for supply chain vulnerability is the lack of insight into all levels of suppliers, said Rogers. “Most companies do not have any idea who their second and third tier of suppliers are and where they are located,” he said. “Several years-ago when the tsunami hit Japan, I sent a note to a former student who lived in Japan to see if he and the automobile company at which he worked were OK,” he said. “He wrote back to say that they were not affected because the tsunami was north of their location, but a few weeks later I received another note saying that they had second tier suppliers in the tsunami area that they did not know about, and the company was not receiving supplies they needed.”

Germany’s Evonik plant explosion in 2012 was another reminder that supply chain insight into all tiers of suppliers is necessary, pointed out Rogers. The plant produced PA-12 resin, which is used throughout the automotive industry for fuel and brake lines. “I was speaking at an automotive conference at the time and representatives from different automobile manufacturers said they were not worried because they had alternate suppliers,” he said.