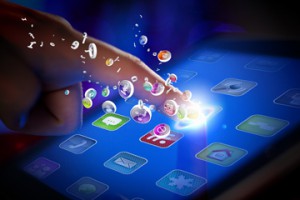 The Internet of Things: Is it a Risk or Big Reward for Your Supply Chain?

With all the hype about the Internet of Things, it wouldn’t take much to feel, well, left out of things.

Before panic sets in, a word from the experts: Even though the idea of an interconnected—and perhaps automated—world of sensor-led devices that can freely transfer data over a shared network keeps making headlines, it’s still not reality.

That’s not to say there haven’t been early examples appearing in different formats over the years. An MIT researcher was writing about the possibility of computers that could gather data unaided by humans as far back as 1999. More recently, however, Cisco’s Internet Business Solutions Group projected that there would be more than 50 billion connected devices by 2020. And high-profile models have hit the streets: home automation systems; fitness tracking and community connectivity empowered by smartphones; trash bins that sense when they need to be emptied and alert workers to do so; and open-source wildlife tracking.

With those examples, however, concerns about security have been every bit as prominent. The very nature of the Internet of Things requires connectivity—and often the opening up of once-proprietary or private networks to others.

“There aren’t a lot of coders out there who are going to take the time to learn how to hack a proprietary piece of software,” Burkett says. “But if you’re now running on Microsoft, there are plenty of hackers who like to hack into Microsoft operating systems. The fact that these devices are connected to the Internet really does open up and expose them. And if supply chain or material handing groups are using these, it will expose them to risk that they probably did not have to worry about before.”

Ruediger Hagedorn, senior manager, Collaborative Value Chain Initiatives & Projects, The Consumer Goods Forum, says handling the risk will be “an individual company decision and the result of a trade-off assessment: Which risk poses a bigger threat to our business, the one of data transparency or the one of not using it? There is not much to add. We will witness the usual learning curve: There will be a shock and then companies will react and adapt.”

So let’s talk about that “adaptation.”

The Consumer Goods Forum, in conjunction with KPMG’s Global Consumer Markets practice, recently released “Transforming for Growth: Consumer Business in the Digital Age.” The report was the result of a survey of 469 executives from companies headquartered in 32 countries, primarily manufacturers and/or retailers in food, drink, consumer goods, luxury goods, agribusiness and food services sectors. It showed that 56 percent of respondents rated “data analytics” among the “very” or “critically” important components to their strategy this year. Some 52 percent put human resources in that same category; 47 percent data security/privacy; and 47 percent, supply chain.

And all of those issues, in one way or another, touch on the coming Internet of Things (IoT). An increasing number of sensors on devices will create a multitude of new data, and that data will need to be analyzed in fresh ways.

Forrester lists the IoT’s “menagerie of proprietary tech, new protocols and emerging standards” as one of several issues confronting CIOs.

“Starting with sensor-equipped things themselves, there are myriad technologies, networks, protocols and data formats, including pre-Internet era industrial control tech, that must be chosen, managed and integrated,” says the August 2014 brief, CIOs Will Architect and Operate the Internet of Things. “There are several real-time operating systems (RTOSs) for a variety of microcontrollers and a confusing array of short-range radio technologies used in B2B and consumer scenarios. There are a variety of protocols for communicating sensor data efficiently over the Internet, including HTTP, MQTT, and CoAP, and a growing number of standards organizations are attempting to organize the chaos.”

Click here to read the full article in MHI Solutions.