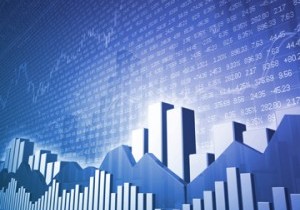 U.S. Growth to Remain Modestly Positive in 2015, While Growth in Europe and China Face Some Challenges

Since 2010, the global economy has been experiencing modest growth, and we expect the same in 2015. In fact, we encourage firms to consider that 2015 could look remarkably similar to 2014. Along those lines, a number of critical market dynamics are likely to seem extremely familiar, including modest U.S. growth and the gradual removal of accommodative Fed monetary policy, choppy growth in Europe and China, modestly higher commodity prices, and volatile foreign exchange markets.

Geopolitical risks are also unlikely to fade from the fray. While the risks to global growth in the first half of 2015 are elevated, we still expect improvements later in the year. 2015 should be another year of cautious expansion for most corporations, although interest rates, labor costs, and material costs could rise.

We continue to expect a gradual drop in the U.S. unemployment rate on trend in 2015, although there remains noteworthy slack in the U.S. labor market, stemming from low levels of labor force participation. As the labor market tightens in coming quarters, inflationary pressures could rise, putting pressure on the Fed to hike rates at a quicker pace in coming quarters.

Two key areas that could see critical wage inflation are educated segments of the labor force and skilled trades. Additionally, for manufacturers of all stripes, the potential shortage of supply chain and procurement professionals in coming quarters is not to be underestimated.

Click here to read the full article in MHI Solutions.