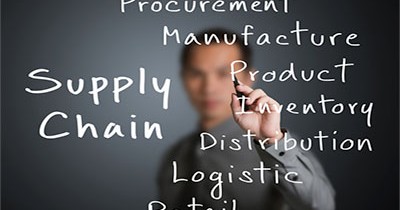 In Forbes Magazine, publisher Rich Karlgaard, whom I’ve had the privilege of getting to know over the course of my career, challenged us in his recent Innovation Rules column to understand that winning companies “excel in both the hard stuff and the soft stuff of business.” Whether you think of this dichotomy as tangibles and intangibles, science and art, left brain and right brain, or yin and yang, the truly great companies (e.g., Apple) have gained mastery over both sides of the equation. Although we think of Apple’s success as a result of Steve Jobs’ relentless obsession with getting the “soft stuff” right (making Apple’s products “insanely great,” to use one of his favorite expressions), the truth is that Apple also excels at the “hard stuff.”

“The hard stuff,” says Karlgaard, “is made up of the classic virtues dear to the hearts of finance and operations people: cost, speed, supply chain, analytics. I call these the hard virtues because they can be measured, both in raw numbers and by return on investment … Supply chain is a biggie in the world of hard. Look at the leader in any industry that makes or moves things, and you’ll see a strong correlation between supply-chain mastery and overall category leadership. Wal-Mart (sic), FedEx and Dell became category leaders because they figured out supply chains.”

As we all know, supply chain mastery isn’t just hard in the sense that it’s measurable, it’s also hard as in difficult. Supply chain, after all, wasn’t even a recognized business discipline until recent decades. Nevertheless, innovation in the supply chain has progressed at a breakneck pace as companies seek tangible differentiators like fulfillment speed. “Speed,” as Karlgaard notes, “is a factor in any competition – military, sports or business.” The “speed stakes” have certainly been raised by Amazon and Walmart initiating same-day delivery. Now even the USPS wants in on that act.

“But,” Karlgaard cautions, “excelling in the hard stuff isn’t enough to succeed today. Nor for long, anyway. That’s because the very appeal of the hard stuff – that it can be measured – also means it can be analyzed and copied by the competition. If your business is able to save money by moving your tech infrastructure to cloud, so can your competition. Thus does a differentiator quickly become table stakes – a ticket to play but no longer an advantage.” Karlgaard asserts that “the more sustaining advantages in business today are in the category of soft stuff. What are soft stuff virtues? Design, integration, brand, purpose, narrative.” In other words, all of those intangibles that immediately bring to mind Apple.

While his observations and conclusions about the “soft stuff” are invariably true, I believe that most companies are a long way from supply chain mastery becoming mere table stakes. The really difficult work of mastering this “hard stuff” discipline is still at an early stage for so many companies that we encounter at FORTE. Some are growing rapidly because they’ve gotten the “soft stuff” right from their inception, and are now trying to get their distribution operations to catch up to the brand promise.