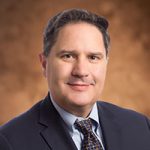 At MODEX 2018 Juan Perez, Chief Information and Engineering Officer for UPS will speak Monday morning April 9th, 2018 on how UPS — a worldwide leader in logistics and one of Georgia’s own – embraces innovation to anticipate tomorrow’s challenges today. Perez will discuss how UPS is involved in, responding to, and preparing for the Fourth Industrial Revolution enabled by the industrial Internet of Things, ongoing evolution of mobility and smart cities.

Juan Perez was promoted to CIO in early 2016, after serving as Vice President of Technology. Through different rotations in that role, he was responsible for technology systems supporting the company’s billing, financial, accounting, human resources, package operations, driver dispatch and operational planning, scanning, logistics, customer service, and sales.

One of most significant impacts made within the Technology function has been his work with the IT team that developed ORION, the On-road Integrated Optimization and Navigation system that optimizes delivery routes to improve service and efficiencies. The efforts of the IT and business teams in developing this technology will yield, when fully deployed in 2017 to over 55,000 drivers, a reduction of approximately 100 million miles and 100,000 metric tons of carbon emissions while providing significant savings and service improvements to the company.

In 2013 he was recognized by Computerworld as a Premier 100 IT Leader. In 2015 and 2016 Perez was also recognized as one of the top 100 Hispanic IT leaders by the Hispanic IT Executive Council (HITEC) and also by the Atlanta Telecom Professionals (ATP) with the 2015 Leadership Award demonstrating UPS’s leadership in technology. In 2017, he was named one of the top 100 CIOs by the UK-based publication Hot-Topics and has been a featured speaker and contributor to several conferences and publications.

Don’t miss a chance to FUTUREPROOF  your company at MODEX! Learn more about Mr. Perez and register today.