Meet the Speakers at MODEX 2020

There aren’t many events where you can hear real-world case studies from thought leaders on topics ranging from stories of leadership to how automation and AI are not competitors to humans, but are part of an extended, augmented human organism. Join us at MODEX 2020 for these 4 keynote sessions and MHI Industry Night with Comedian Colin Jost. 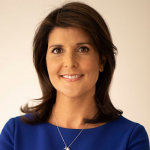 A Conversation with Ambassador Nikki Haley

Join Nikki Haley, U.S. Ambassador to the United Nations (2017–2019), as she tells her personal story of leader-ship with grace and grit and her outlook for the future. As the former Governor of South Carolina, her talk will also emphasize the importance of the role of the supply chain to the economic development of the United States and to global commerce. 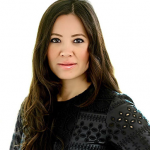 The Neurogeneration – The Future Is Closer Than You Think Tan Le

Technology is transforming the ways we work, live and think. The advances that are on the near horizon offer us ways of integrating humans and machines. The hybrids that result will combine the analytical processing powers of computers with the creativity that is uniquely human, becoming something much more than the sum of their parts. The fundamental technologies are already in place and it is only a matter of time before machine learning, portable processing power, and brainwear tech are developed and integrated enough to make this reality possible. Join CEO of EMOTIV Tan Le as she discusses how automation and AI are not competitors to humans, but are part of an extended, augmented human organism and how that could impact supply chains. 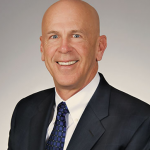 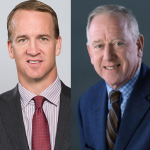 A conversation with Peyton & Archie Manning

MODEX is all about bringing supply chain professionals together to share stories, learn from each other, and come away ready to take on new challenges. And who better to help do that than Peyton Manning, two-time Super Bowl champion and five-time NFL MVP, and his father Archie Manning, also a former NFL quarterback and patriarch of the famous Manning family. During this keynote, they will share their stories about the power of teamwork, collaboration, preparation, and giving back both on the field and in business. Don’t miss this inspirational and dynamic discussion about football and what it can teach you about life. 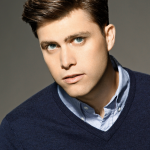 Join us for live music, food, drinks and entertainment by comedian Colin Jost 4:30 PM – 7 PM. Tickets are $50 and include beer, wine and hors d’oeuvres.

Colin Jost serves as a head writer for “Saturday Night Live.” He started writing for “SNL” in 2005 and has been co-anchor of “Weekend Update” since 2014. Jost co-hosted the special editions of “Weekend Update” that aired on MSNBC during the 2016 Republican and Democratic National Conventions as well as the primetime “Weekend Update Summer Edition” in 2017. In 2018, Jost and co-anchor Michael Che hosted the Primetime Emmy Awards. Additionally, Jost wrote and starred in the Paramount/Netflix film “Staten Island Summer,” based on his days as a lifeguard.

He has won four Writers Guild Awards, a Peabody Award and has been nominated for multiple Emmy Awards for his writing on “SNL.”

WIN A TRIP OF A LIFETIME

The door prize for the MHI Industry Night event will be a luxury package vacation to a location of the winner’s choosing.